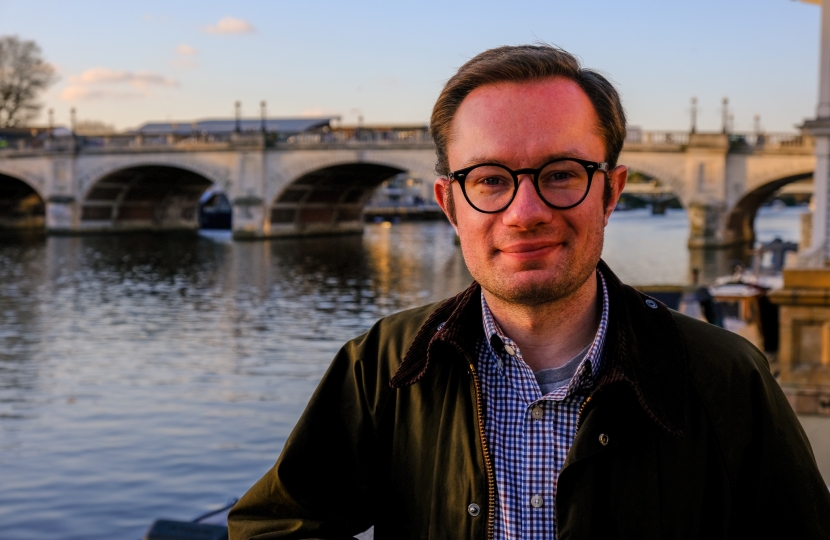 Nicholas Rogers was elected to serve as the Assembly Member for South West London on 6th May 2021.

Nicholas is a former Metropolitan Police Special Constable and a career railway worker, so has direct experience of some of the most pressing issues facing South West London. He wants to use that experience to be a strong and informed voice on the London Assembly.

Nicholas is an Incident Controller for Network Rail, managing the response to any accident, incident or emergency that occurs on the South West route out of Waterloo. That can mean anything from points failures and signal failures to trespassers, broken down trains and everything in between. Prior to that, Nicholas was one of the managers of Waterloo Station.

‘My job involves fixing things when they go wrong in real-time on one of the busiest rail routes in Europe,’ says Nicholas. ‘Every day I see what works and what doesn’t work; I have to keep my cool in very high-pressured situations. It’s an exciting and challenging job, but most importantly it’s given me incredibly valuable inside knowledge of our transport system that I will bring with me to City Hall.’

Outside of work, Nicholas has always been involved in voluntary and community work. He served as a Special Constable in the Metropolitan Police, patrolling the estates in North Kensington alongside regular officers. ‘Coming from a police and armed forces family, it was fascinating to see what the life of a police officer is really like. While I personally was definitely more Hot Fuzz than Hawaii Five-O, it was an honour to serve alongside officers putting themselves at risk everyday to keep our city safe.’ Nicholas also served as a borough councillor in Kent.

More recently, Nicholas set up community projects in South West London. In 2016 he founded TEDxKingstonUponThames, a series of non-profit events based on the famous TED Talks model with the aim of giving interesting local people and projects a platform. It has now grown to become one of the largest TEDx events in the country, selling out Kingston’s Rose Theatre twice. Nicholas also sponsored and set up two Little Free Libraries in his local community, to promote his love of reading and to ensure that local people always have easy access to books.

Nicholas lives in Surbiton with his husband, Liam, and their three cats. When he’s not at work or out campaigning, he enjoys reading (especially anything related to cities), catching up on Netflix (favourites include Breaking Bad and Frasier) and listening to music, particularly jazz. Nicholas and Liam are also passionate architecture and design devotees.