Manor Road Homebase – the Mayor MUST change his mind 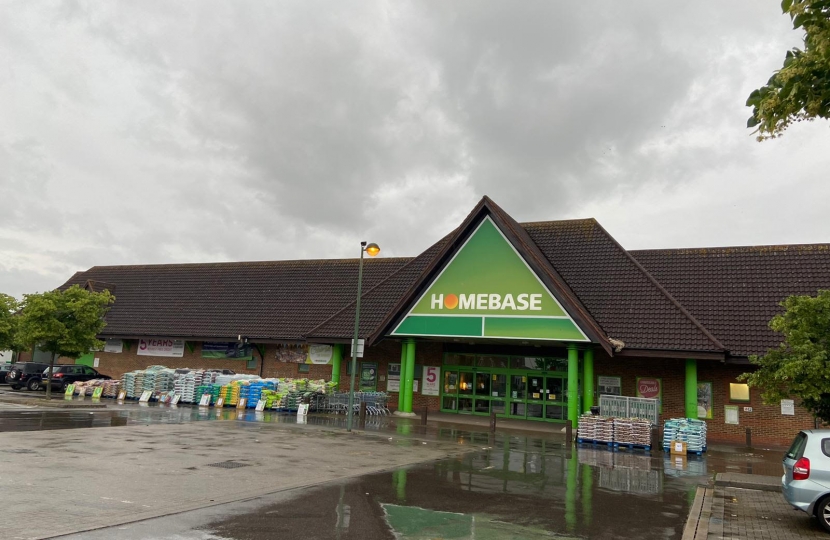 This is because there is a new version of the London Plan – the Mayor’s strategy for development in London – has been published and the development needs to comply with new policies in the Plan.

Nicholas Rogers, our newly-elected London Assembly Member, has written to the Mayor urging him to use this review as an opportunity to reject the proposals.

There is huge local opposition to these plans and we need to make the Mayor listen. Below is Nicholas’s letter to the Mayor on this issue.

Letter to the Mayor from Nicholas Rogers AM

You will be fully aware of the strength of opposition locally to this development - over 700 objections to the original application.  These were not just from residents in the immediate vicinity, but across a far wider area because of concerns about the impact it will have on the character of the borough.

The original application for 385 homes and buildings of 4 and 9 storeys high was rejected by the LPA for a number for reasons: design, scale, visually intrusive, dominant and overwhelming, quality of proposed accommodation, impact on surrounding properties and the failure to deliver more affordable housing.

The revised application, increasing the number of homes to 453 and heights of buildings to between 4 and 11 storeys, received 1,104 objections but despite this you decided to approve the proposals.

Nine months has passed since the hearing and a number of outstanding issues remain to be resolved before the Section 106 agreement can be signed and a decision issued.  These include the PTAL rating which has changed with three bus services having been cut and, crucially, consideration of the application under the new London Plan.

Of particular relevance is policy D9, which recognizes that there are areas where tall buildings do not reflect the local character and seeks to ensure such developments are only brought forward in appropriate and clearly defined areas as determined by boroughs.  Under Richmond's Local Plan adopted in 2018 this development does not comply with Policy LP2 on Building Heights.

It should be noted that policy D9 has been materially strengthened since the planning hearing of October 2020, following directions by the Secretary of State, to provide additional protections against inappropriate tall buildings, which is now part of the newly adopted London Plan 2021.  This alone should merit a reconsideration of the scheme and the substantial harm caused by the proposed building heights.

The area surrounding the Homebase site comprises low-rise buildings, the majority two storey Victorian houses.  The addition of four blocks between 7 and 11 storeys high will change the character of the area significantly and result in the site being overdeveloped and overbearing.

It will on five different character areas, some of which have heritage assets.  Furthermore, as well as losing three bus services, there is no commitment to upgrading North Sheen Station which does not have the capacity to meet the needs of what are likely to be 1,000 additional residents.  Nor does any account seem to have been taken of the traffic congestion that already exists on Manor Road from the down-time at the level crossing.

We all understand the need for more housing and particularly affordable housing, but this development is too big and overbearing and will damage the character of the area.  As one resident pointed out. "Some of the very first Council houses in Greater London and the country were built in Manor Grove in the 1890's.  All the original terraced houses are still there.  Now their neighbour will be an overbearing ugly development that shows no respect for the borough's heritage."

We urge you to use this opportunity to reconsider the proposals and reject this application.

I look forward to hearing from you.