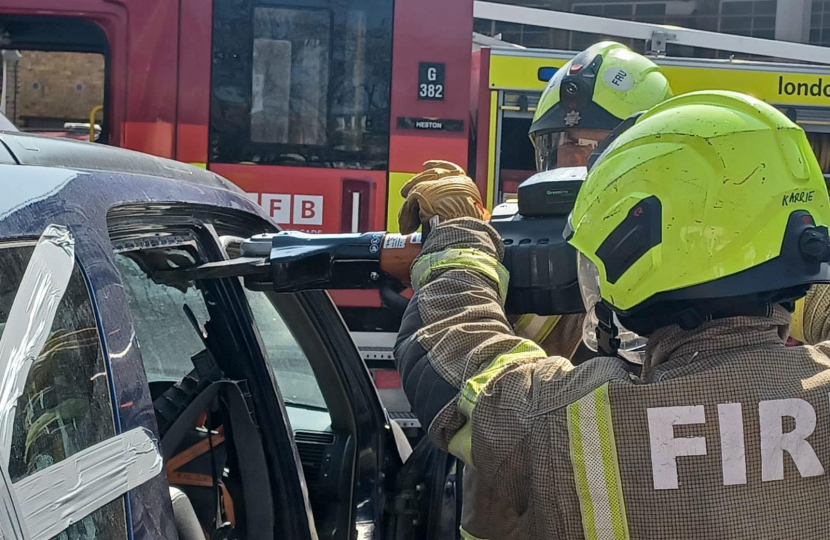 Had an amazing time at Heston & Isleworth Fire Station participating in an RTC casualty rescue exercise. It was great fun using the various tools to chop up the car, which would normally be done to give paramedics access to casualties. Really brought home to me the problem-solving nature of the firefighter role.

Thursday saw the last Mayor’s Question Time of the municipal year. I quizzed the Mayor about crime against London’s LGBT community. The highlight (perhaps lowlight would be a better word) though was the Mayor’s rude, bullying and obstructive responses to perfectly reasonable questioning from my colleague Peter Fortune. It’s clear this Mayor really does not like scrutiny.

Neil Garratt and I recorded the last episode of season 1 of Inside City Hall. It was great to be joined by fellow AMs Emma Best and Peter Fortune for what turned into a rather reflective episode about our first year in the role. Do take a listen! We will be back for season 2 in May.

Another productive week as the Assembly Member for South West London!

I quizzed TfL Commissioner Andy Byford about Crossrail's opening date and about road user charging at our Transport Committee meeting. Crossrail is still on track to open on 30th June, with a potentially earlier date in play.