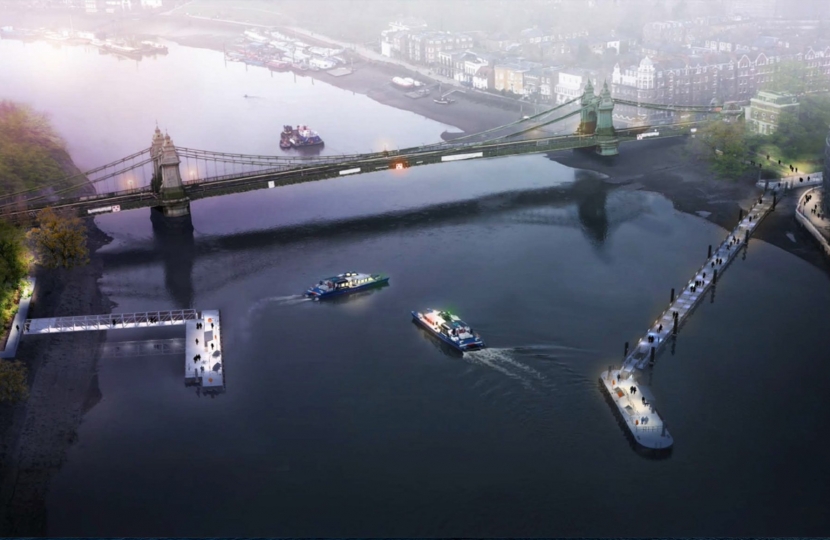 Yesterday afternoon I and several Richmond councillors met with the TfL officers leading the Hammersmith Bridge ferry project. The meeting was arranged by Nick Waterman, who is TfL’s engagement lead on the project. Other members of the project team in attendance included Tim Beckett of Beckett Rankine and Geoff Simmons, Chief Operating Officer of Thames Clippers.

TfL shared their slide deck, which is attached to this article. It contains details on the design and layout of the ferry and pontoons, along with details of operating hours and demand expectations. There are plenty of visuals so please do have a look. Below I have written up some of the key points not covered by the slides.

Residents raised a number of questions with me on the ferry; I put those questions to the project team and have captured their responses below. If you require any further detail, please ask and I would be delighted to go back to TfL.

I hope this write up is useful for residents. If you have any questions on the ferry, please do not hesitate to email me – nicholas.rogers@london.gov.uk.