The Mayor is failing the commuters of South West London 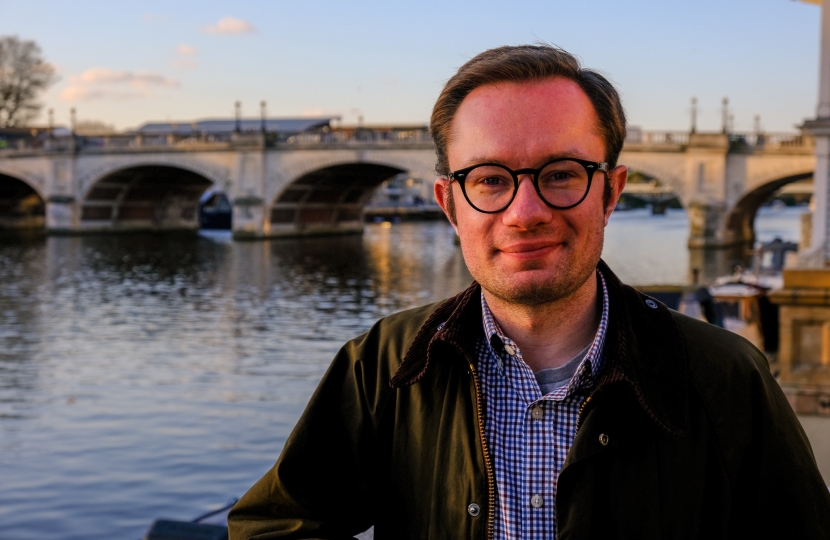 Suffice to say, Thursday 7th May 2020 did not pan out quite how I anticipated. Along with thousands of other candidates across the country, I expected to be stomping up and down my patch, rallying the troops and getting out the vote.

The entirely appropriate postponement of the London elections may have brought campaigning to a halt, but it did not bring politics to a halt. There have since been some extraordinary developments in the political life of the capital. The government’s £1.6 billion bailout of Transport for London and the attached strings have taken away sole decision-making power on transport from Sadiq Khan.

Transport is the single biggest task for the Mayor of London. Sadiq Khan has so comprehensively failed at this task that the government is now forced to step in, bail him out, and prevent him from doing further damage. Be in no doubt, this failure was a long time coming. As Harry Phibbs points out, TfL was in trouble long before coronavirus and much of the blame can be laid at Sadiq Khan’s door.

I have spent almost my entire career in public transport. I started out on the TfL graduate scheme back in 2007 and since 2011 I have worked for Network Rail. I’ve been a manager of Waterloo Station and for almost five years I have been an Incident Controller, working at the sharp end of transport operations.

My experience in transport – along with my experience as a former Metropolitan Police Special Constable – is what drove me to stand for election to the Assembly in the first place. Working at Transport for London gave me first-hand knowledge of that great behemoth. The organisation requires constant, rigorous, probing political oversight. It cannot be left to its own devices and it cannot be run as a political tool.

The Mayor has provided ample evidence for this. From his ill-advised fares freeze, which has cost £640 million so far and benefits tourists rather than London’s commuters, to his lack of interest in Crossrail – running more than £3 billion over-budget, three years behind schedule, and with almost £1 billion in lost fares – he has demonstrated that he simply is not capable of managing London’s transport network.

Residents of the three boroughs of South West London – Hounslow, Richmond, and Kingston – are watching developments with anxious interest. There are major transport issues in each of our boroughs and they need addressing now. Real problems affecting real people trying to move about their city and live their lives.

In Hounslow, there are long-running problems with the Piccadilly Line. The second worst line for signalling failures – and one of the worst for overall reliability – the antiquated signalling system desperately needs updating. Indeed, billions were spent on new trains to take advantage of capacity gains when the signalling is finally upgraded. However, this is one of 22 major transport projects the Mayor has cancelled or indefinitely delayed and until the signalling upgrade is completed, most of the value the new trains offer cannot be unlocked.

The urgency of the Piccadilly Line upgrade extends outside Hounslow borough; the Line is a key connection to Heathrow for the rest of London and beyond. More locally, the upgrade would finally – after decades of campaigning – deliver full service to Turnham Green Station, saving Chiswick residents many hours of commuting time every year.

Richmond’s road network was thrown into chaos in April 2019 with the sudden closure of Hammersmith Bridge. Roads became choked with traffic across the whole of South West London as, overnight, a four-and-a-half mile stretch of the Thames became impassable to motor vehicles. More than a year later, very little progress has been made. A viable scheme for a temporary crossing was dismissed. The Mayor shows no urgency and no empathy for residents and businesses on both sides of the river struggling with this difficult situation, including those residents trying to access Charing Cross Hospital for emergencies.

Sadly, this is not the only transport problem in Richmond. Like many other boroughs, Richmond is due to be divided by the ULEZ expansion in October 2021. Residents who can’t afford to upgrade their cars will find themselves paying £12.50 every day to cross the boundary. Not everyone can use public transport to get to work and many people rely on the use of a vehicle for their livelihood.

Addressing air quality and reducing pollution levels are without question urgent and vital tasks but we must take an efficient approach and lead with the carrot, not the stick. The Mayor should address his own bus fleet – one of the biggest contributors to pollution in London – and use the hundreds of millions the ULEZ expansion will cost to make the fleet zero-emission instead.

My home borough of Kingston is a commuter-intensive area and transport is an issue that comes up frequently on the doorstep. The best bet for improving rail transport in Kingston is Crossrail 2; all of Kingston’s mainline stations will likely join the Crossrail 2 network. The project will transform the commuter experience in this part of London. But thanks to the Mayor’s mismanagement of Crossrail 1, and the lackadaisical approach to other major transport projects, Crossrail 2 is at risk.

Kingston also suffers from areas of very poor air quality; indeed, one location, Cromwell Road bus station, is often named as one of the worst in London. Again, the solution to this is not ULEZ-expansion but converting London’s bus fleet to zero-emission. And while this is happening, why not deal with the immediate problem by turning Kingston into a low-emission bus zone?

These are just some of the transport troubles we face in South West London. I could go on (and on) but suffice to say, the significant transport inequality in our part of the city needs to be addressed as a matter of urgency.

As Mayor of London, Sadiq Khan has immense power, vast resources, and enormous influence, yet on these and too many other issues, he shows no leadership and seeks only to evade responsibility.

There is a vacuum at the heart of City Hall. The consequences are felt across London, as pressing concerns such as those above go unresolved.

I cannot tell you how much I am looking forward to getting back out campaigning again. London needs change, urgently. We need Shaun Bailey in City Hall; someone who wants to be Mayor, not because he sees it as means of self-promotion and aggrandisement, but because he is deeply passionate about London and wants to make it a better city for all people.

Your local bus network: what do you think?

Experience from around the world shows that often the best way to improve a city’s public transport system overall is to improve its bus network. It will never be a flashy, glamorous project – but it would be effective policy.