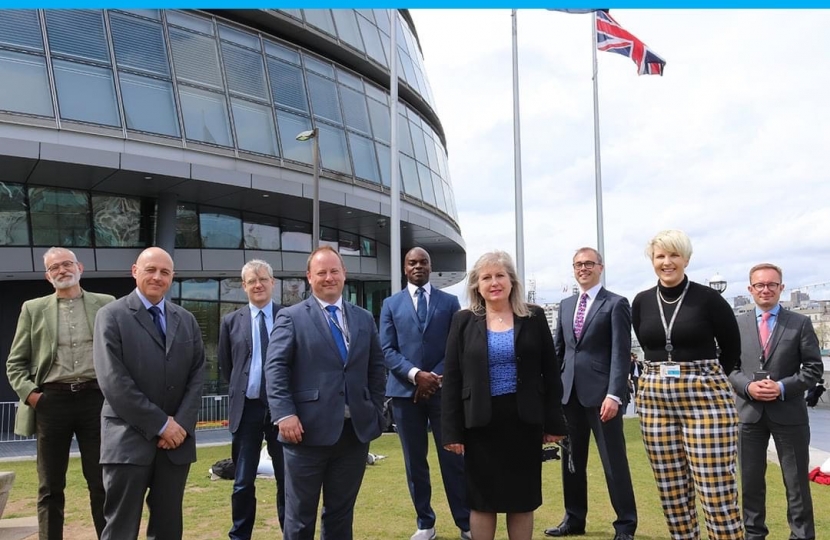 The election count was long and rather nail-biting. Although I established a clear and continuous lead after a few hours, the opposition never seemed far behind. It was only once 90% of the votes were counted that I felt confident enough to jot down a few bullet points for an acceptance speech; and even that seemed presumptuous.

Before the results are officially announced, they are revealed to the candidates and their agents by the Returning Officer. Starting with Labour’s Candice Atterton, he read the results in alphabetical order. When he finally arrived at my result – 69,212 votes – it took a brief second for the realisation to sink in: I had won.

A journalist described my acceptance speech as ‘emotional’ and they were right; I was emotional. Being elected by your fellow citizens to represent their interests and speak out on their behalf is no small honour. It is an enormous responsibility and a very rare privilege. I felt all this very keenly as I was returned as Assembly Member. I also reflected on all those who had worked so hard to get me over the line – not least my amazing husband, Liam, who has been with me every step of the way on this journey - and on my gratitude to the voters of South West London for electing me.

That evening, we celebrated with some of the team who had been at the count but on Sunday morning, I put on my suit and tie and jumped on a train bound for City Hall to sign the declaration of acceptance of office and so begin an exciting new chapter in my life.

It has been a whirlwind of a week since then. There is a relentless nature to the life of public institutions; however glacial the pace may sometimes seem to observers, there is constant forward motion and the machine does not wait for one man. There was therefore no time for self-congratulation or introspection; we were told on our first day that the deadline for submitting questions for Mayor’s Question Time was fast-approaching.

So many issues arose over the course of this long and unusual campaign. Hammersmith Bridge, for example, and the damaging development proposals in Osterley and Mortlake. It was rewarding to fire off a whole load of questions on these and other key topics, as well as subjects close to my own heart such as adult literacy. I should receive responses to these questions a few days after MQT on 27th May. The answers I get back will serve as the basis for future scrutiny and will support me as I hold the Mayor to account.

If there are ever specific questions you would like to ask the Mayor, please do get in touch and I will be happy to help.

On Wednesday I met with representatives of the Osterley & Wyke Green Residents’ Association. OWGRA have been fighting proposals for gigantic, inappropriate developments on two linked sites in Osterley. 2150 ‘units’ packed into buildings up to 17 storeys high, very limited green space, boring, unimaginative architecture and completely at odds with the character of the surrounding area. This is definitely not how we build healthy, happy cities.

OWGRA have gathered over 4,000 signatures on a petition to the Mayor calling for him to reject the development; quite an achievement. I was pleased to meet the residents, along with Andrew Boff AM, to receive the petition, which I have since forwarded to the Mayor. We await his response.

The week’s other major milestone was the Assembly AGM on Friday, at which key positions such as the Chair of the Assembly and the chairs, vice chairs and members of the various committees are decided. Normally a fairly non-contentious meeting, this year it was marked by the Labour Group’s bizarre decision to refuse to take the chair or vice chair of any Assembly committees. Disappointingly, they have decided to walk away from their responsibility to hold the Mayor to account.

Although it was a bad day for Labour, personally I could not be happier with my committee allocations. I’m the vice chair of Fire, Resilience & Emergency Planning and I will also serve on Transport and Police & Crime. They are all areas I am passionate about and I have relevant, real-world experience to bring to each of them. There is also a significant overlap between my committees and the jobs I wanted to do when I was five years old…

In between meetings and briefings, the business of being an elected representative began in earnest this week. Residents from across South West London contacted me with a wide variety of issues and concerns; problems of crime and disorder, questions about infrastructure, requests for action on transport matters and queries about our COVID response to name but a few.

These queries reflect the endless variety of life in the greatest city in the world. Nine million people live here. Nine million people, each with their own lives, loves, fears, hopes, dreams and ambitions. Nine million people across 32 boroughs, from Chessington to Chingford, Bromley to Barnet. A week ago, I was elected as one of 25 to stand up for those people, to be their voice and to hold the Mayor to account on their behalf. I promise to work with all my energy to make London better than ever.